How To Loom Knit (Step by Step) DVD 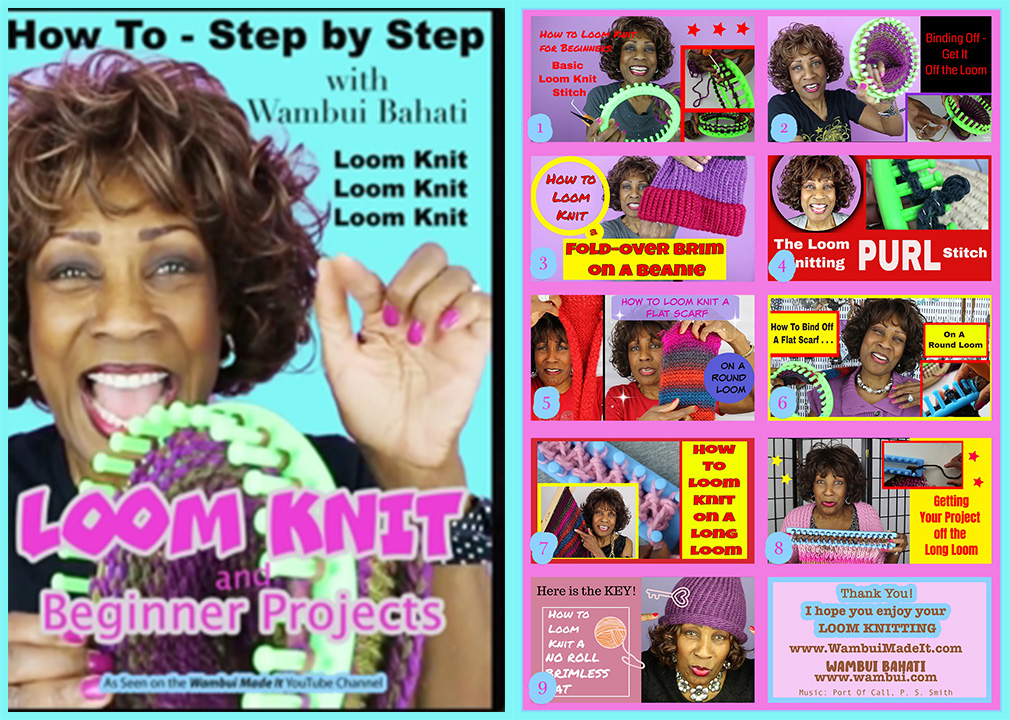 About five years ago (Today, as I write this, it is February 5, 2022.) I walked into Michaels, my local craft store here in New York City. I love crafting and had become quite proficient in various crafts including sewing, quilting, cardmaking and sublimation.

Here is a picture of what I saw that caught my attention in the crafting store that day. I'm pretty sure I had seen this before, but I never paid any attention to it. On this day, I slowed down. I stopped. I looked at it and I picked it up. There was a picture of a hat on it. So, I assumed it was something that I could make hats with. I decided to try it. I bought this package with these colorful round hoops in them. I was going to make some hats!

There were instructions. But I was having sooo much trouble figuring them out. I watched a whole bunch of videos on YouTube over and over again. It took several days for me to finally "get it". Once I understood how to get started, I fell in love with loom knitting. I found it easy, fun, relaxing - and finishing a hat or scarf took very little time.

After I finally understood how to get started, I decided to make the video that I wish I had found. A video that assumed I knew nothing about anything. A video that went very slow. A video where every little thing was explained. A video where demonstrations were repeated a few times. I wanted to make a video for people like me - who need to see it up-close, slowed down, and repeated. My first Loom Knitting video was just that.