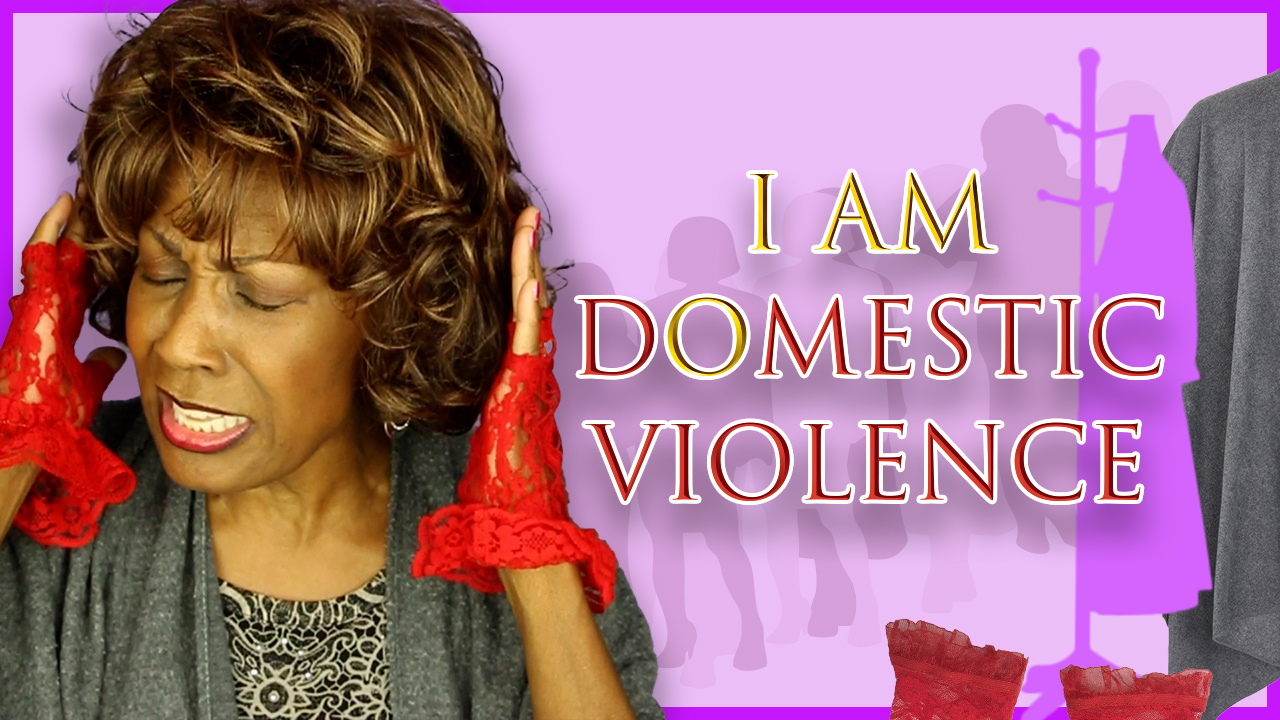 I Am Domestic Violence © 1997 Wambui Bahati | All Rights Reserved. 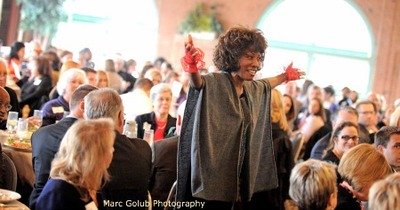 "Here is what I have to say:
In 1999, I attended an event at the YWCA in High Point, NC. I  had no idea that I was witnessing the first of what would become a national phenomenon! Wambui Bahati presented, “I Am Domestic Violence”. It was as inspiring, life-changing, thought-provoking, and relevant then as it is now . . . " (READ MORE)

"I am domestic violence!" Wambui Bahati shouted from the crowd, surprising the audience. I, too, was surprised—though for a different reason. I'm not usually a fan of solo theatre performances, and given the subject matter, I came into the Spatz Theatre somewhat skeptical of how the show would go. Domestic violence is a subject that could be difficult to cover solo; but Bahati has clearly perfected her one woman show. Her transition between characters was seamless, even in the middle of stories of utter tragedy, she would slide into a character that would both make the audience roar with laughter and brim with emotion . . .

©1997 Wambui Bahati | All Rights Reserved. I Am Domestic Violence

I thought Wambui Bahati's performance was incredible. She did an amazing job distinguishing between characters and keeping the performance humorous yet serious at the same time. She could make a character funny while still sending a serious message to her viewers . . .

I thought the performance was excellent. She got everybody into it from the beginning by starting in the audience and she keep everybody's attention . . . 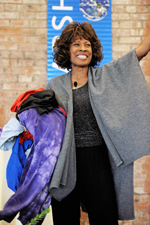 I really enjoyed Wambui Bahati's performance. She had a very live approach in capturing the audience's attention. I liked how she played several character skits to show the different roles of domestic violence. I learned that Domestic Violence is everywhere and that if affects all walks of life . . .

The message I heard from her was that it is never too late to start living your life. She was a victim of domestic violence and finally broke free, had mental illnesses and was dealing with insecurities inside of herself. However, none of that got her down. She changed her name and started her life over basically and discovered herself. She wrote a book since then and even has written her own scripts such as I am Domestic Violence. She inspired me to look at life with a different view. Her words and her performance made me realize that life is short and you must live it while you can and live it for you.