My Sister Is Fabulous!

I don’t know how long this post will be up. You see, it’s about my sister who I think is fabulous. My sister is a little more conservative than me — a little more reserved. Unlike me, she is not always eager to be in the spotlight or have things — even if they are good things — about her all over the internet. I know she reads my blog from time to time. So, if she sees this and she asks me to tone it down — or, take it down, I will. But, in the meantime . . . 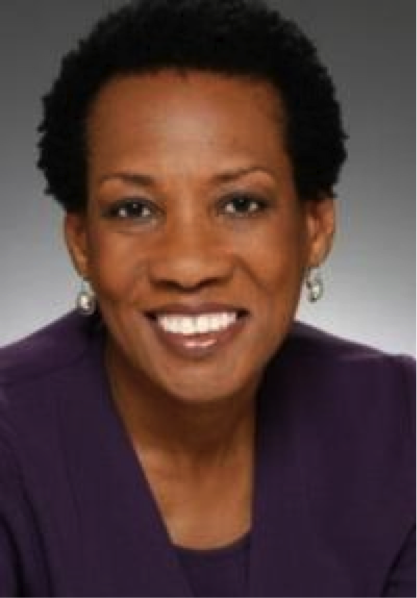 Last week, my sister was the guest speaker for the annual Women’s History Month observance which honors and celebrates the lives and achievements of American women throughout the history of the United States. One of my daughters and I went to hear her speak at The African Burial Ground National Monument here in New York City. Her lecture was entitled, “A History of Black Women in Architecture”.

The cool thing is that my sister, in addition to other historical and amazing buildings, is also the architect of The African Burial Ground Interpretive Center (also referred to as the National Park Service Visitor Center) located in lower Manhattan adjacent to the memorial site.
When my sister decided to become an architect many well-meaning adults tried to talk her out of that decision. Her teachers would say to her, “You’ll make a wonderful art teacher”.

You see, architecture is a field that has historically been dominated by white men. In the 1960’s, for a black female child to have a dream to be an architect was considered unrealistic. However, my mother fought for my sister’s right to at least try. Against the odds (and there were many), my sister succeeded.

My sister, Roberta Washington, FAIA, has been principal of Roberta Washington Architects, PC since 1983. Prior to starting her own firm, she worked as a health facility planner/designer for various New York City architectural firms and later ran a design studio for Maputo Province in Mozambique where she designed healthcare, educational and cultural projects.

I could go on and on. But, I’ll restrain myself for now.
Her presentation was great! The audience held on to every word that included information she obtained through personal interviews with some of the first African-American architect pioneers before their deaths. 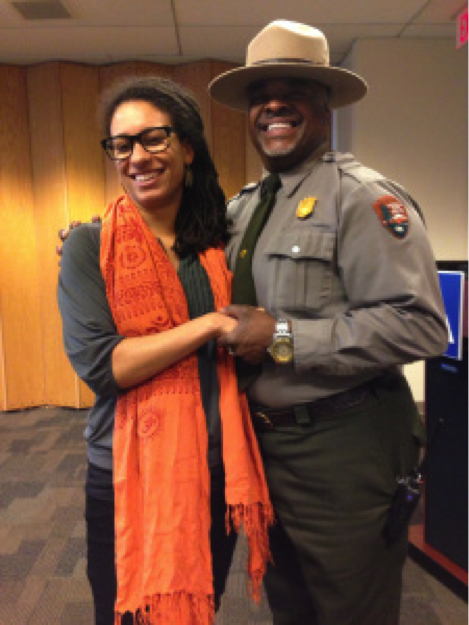 To the left is a picture of my daughter taken with Ranger Doug Massenberg ‘Ranger Doug’ after the event. ‘Ranger Doug’ sphere-headed this event and pretty much runs the day-to-day of the museum.
We fell in love with his grand and warm personality, his dramatic way of speaking, his love for his job and his wealth of knowledge about American history and the Federal government.

When I asked if it would be okay to post his picture in my blog. He said, “Just one moment”. He walked away for a second saying, “Wait — wait.” He returned with his ranger hat on. He posed next to my daughter and in his jovial voice said, “Now, take the picture!”.

When we left the museum I followed my daughter to Grand Central Terminal. She said I must come to see what looks like a field of giant piñatas in the station. 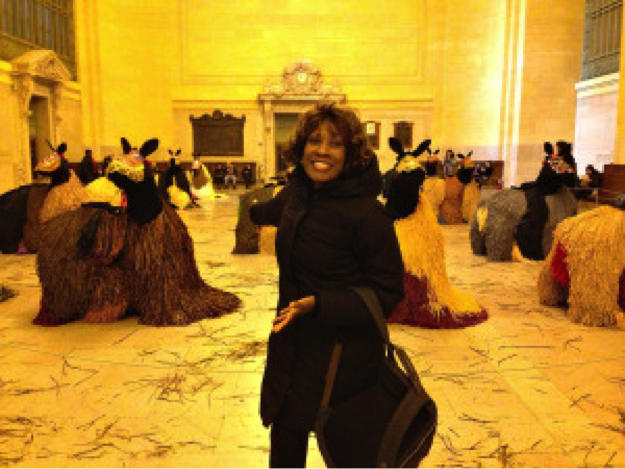 We asked one of the young women guarding the piñata looking things what they were. The woman told us they were horses. She said that for the next few days Alvin Ailey Dancers would be performing with them.
She said one dancer would be in the head part and a second dancer would be in the tail part of each horse. There would be drumming and a 25 minute show would happen. 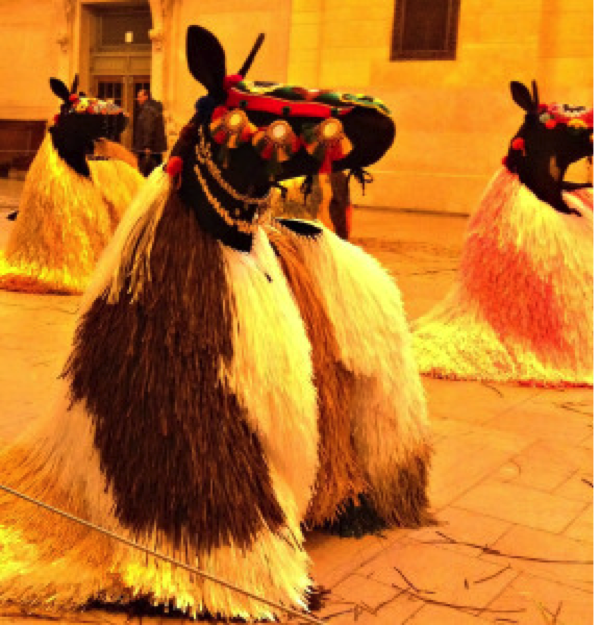 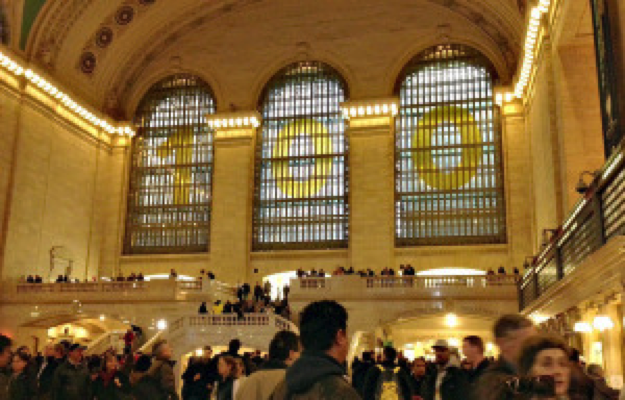 As we reflected on our day and took in the grandeur of Grand Central Terminal, we agreed that New York City is pretty fabulous — ALMOST, as fabulous as my sister!